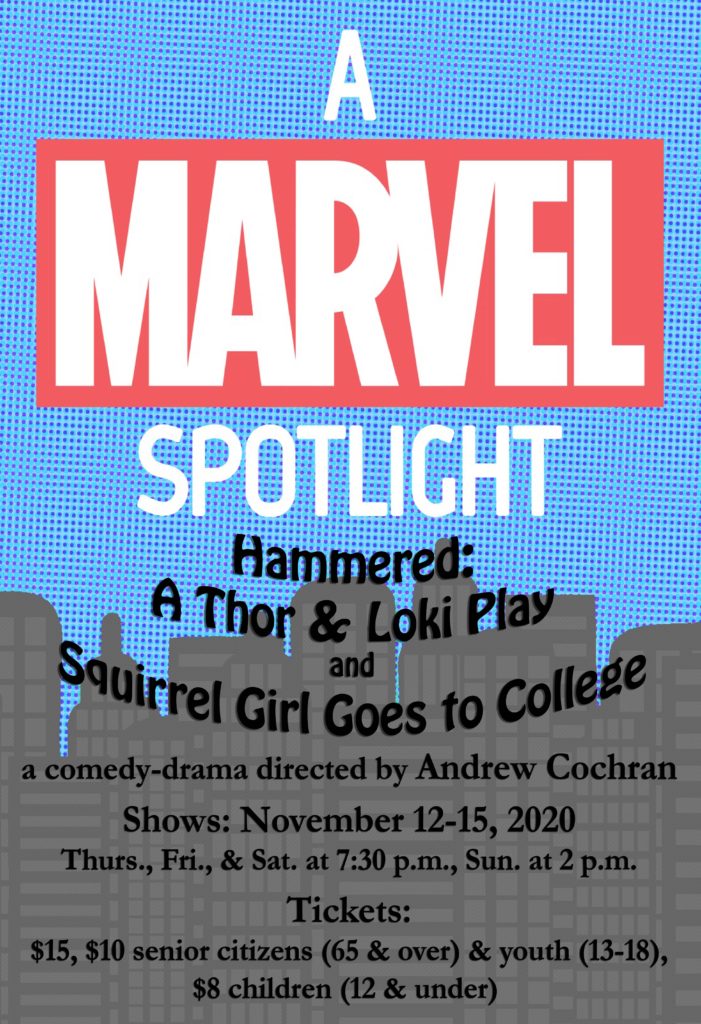 Hammered: A Thor & Loki Play
One is the Norse God of Thunder, Master of the Storm, Lord of the Living Lightning, and heir to the throne of eternal Asgard. The other born of a Frost Giant, but now the Norse God of Mischief. Yet they are brothers, and together they are … The Mighty Thor and Loki.

Squirrel Girl Goes to College
Doreen Green secretly possesses the powers of a squirrel … and the powers of a girl! She uses her abilities to fight crime and to be as awesome as possible! You know her as the Unbeatable Squirrel Girl! Doreen arrives at Empire State University to make new friends – and protect them from super villains – by keeping her super hero identity a secret. But when a beloved computer science professor suddenly disappears, can Doreen trust her friends with her inner squirrel so she can save the day?

View all posts by Mike